After a long wait, it looks like Instagram is finally testing the implementation of shortcuts on Android. This is a feature that was implemented in Google‘s operating system in 2016 with the release of Android 7 (Gingerbread). It makes no sense that Instagram waited so long to support this important feature.

Interestingly, Instagram immediately joined the shortcuts on iOS when Apple introduced “3D Touch” with the iPhone 6S in 2015. Four years later, it seems that they finally realized that they let their Android app fall into oblivion. 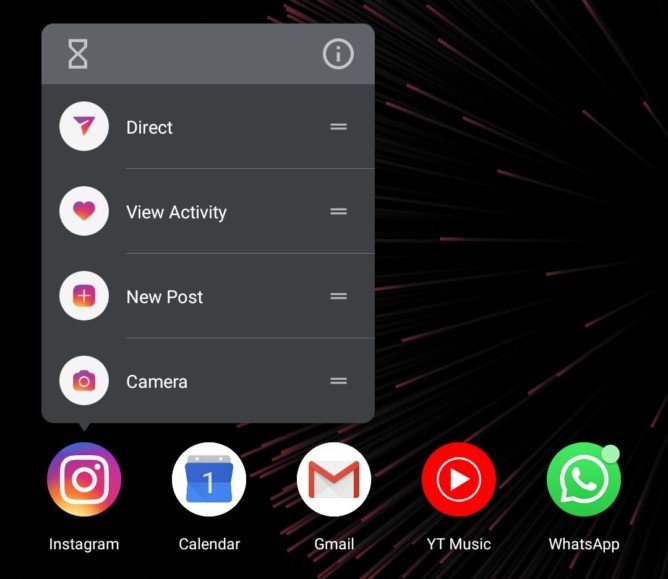 Instagram shortcuts will help you perform basic functions much faster

As with its iOS version, shortcuts on Android will give you immediate access to the most used features of the social network.

This will allow you to access “Direct Messages”, “Activity”, “New Post” and “Camera” via the shortcut on your smartphone’s home screen.

This is an extremely useful feature that has been used by thousands of applications since its deployment. Considering the huge popularity of Instagram and its impressive number of users. It is unclear why it took so long to bring shortcuts to Android users.

With the shortcuts coming, you won’t risk getting ‘stuck’ in your feed when you just wanted to post a quick photo. Shortcuts are meant to prevent users from wasting time navigating through the various menus, or distracted by the tsunami of new information in their feeds.

According to the information published by Android Police, it seems that this implementation is not being done through a new update. Instead, Instagram is making it available in a phased manner through its servers.

Android TV could soon be gone! Google has some surprises