During the last week we saw the ranking of the popular performance testing platform – AnTuTu – undergoing several changes in its most prominent place. After the Realme X50 Pro was the first to officially surpass the 600,000 point mark, it only took a few days for the Xiaomi Mi 10 Pro to reach 610,000 points.

The impressive feat of the Mi 10 Pro was not an isolated case, being quickly followed by the iQOO 3 which was only about 100 points short from its rival. Now, the yet to be unveiled Xiaomi Black Shark 3 seems to have broken all records and conquered a very comfortable advantage. 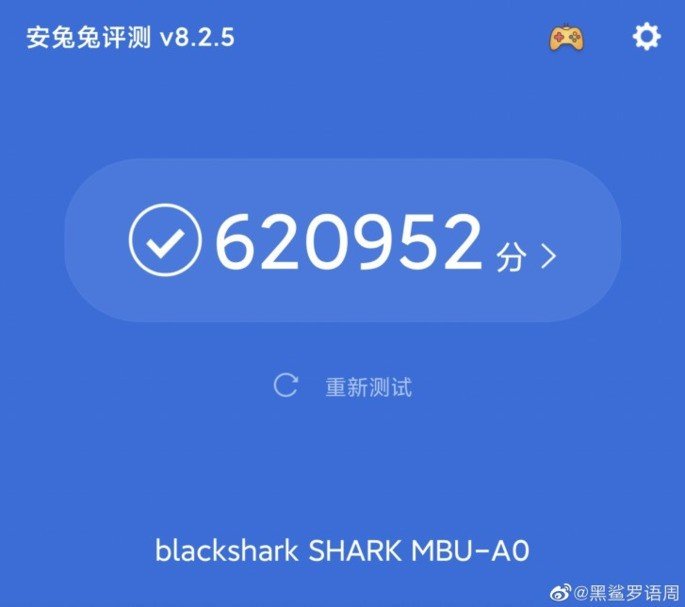 Xiaomi Black Shark 3 is the most powerful Android smartphone

It is true that performance tests on these platforms can often be misleading, at least with regard to the performance of smartphones on a daily basis. However, they are very practical ways of being able to classify and compare the processing capacity of a smartphone.

Therefore, when reaching a score of almost 621 thousand points in AnTuTu, Xiaomi Black Shark 3 started to present itself as the most powerful Android today. Most likely, you will not be able to stay at the top of this list for a long time, but it is still an important feat for this gaming smartphone.

With its official presentation scheduled for March 3, everything indicates that it could present itself as the “perfect machine” for any video game lover.