Xiaomi’s next gaming smartphone is getting closer to being official. The brand announced that this will be officially unveiled on March 3 in China.

As with the Mi 10 line, Xiaomi should choose to launch the Black Shark 3 in an online event, due to the coronavirus outbreak that plagues the country. The official poster leaves us with few clues, but the rumors speak of super fast charging and an impressive battery.

5,000mAh battery with 65W fast charge could be one of it’s strenghts

Based on the rumors, the Black Shark 3 will hit the market with a QuadHD + screen with 120Hz refresh rate, which promises to elevate the gaming experience (in games that support it). 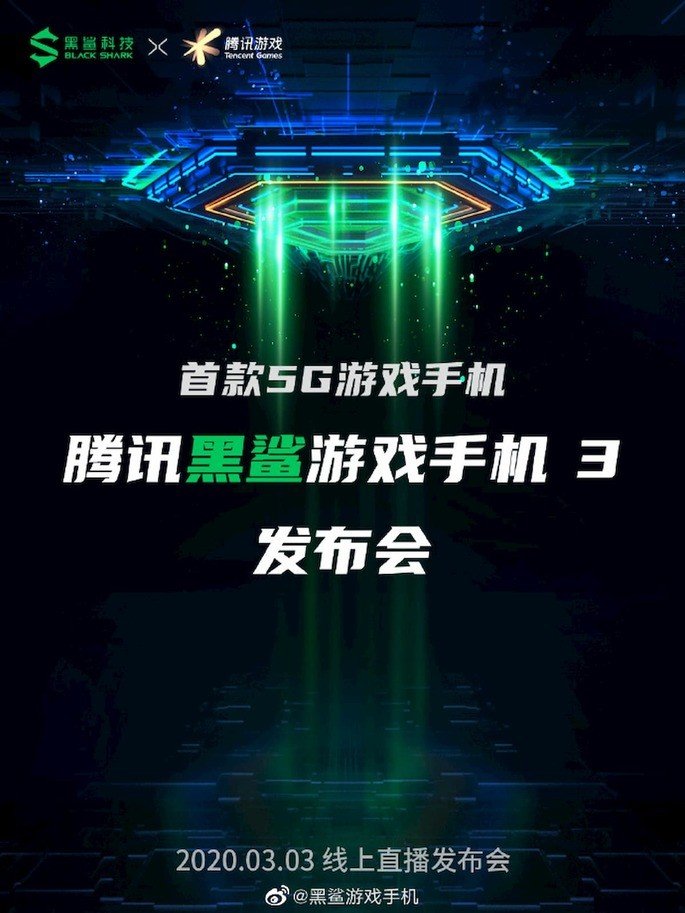 A 5,000mAh battery is expected to give you a long-lasting gaming experience, but the smartphone also promises to charge very fast. This is because it will have a charging power of 65W, higher than that of the Mi 10 Pro.

In terms of RAM, the Xiaomi Black Shark 3 could be one of the most powerful smartphones of the moment with 16GB of LPDDR5 RAM. With no surprise, the phone will come with the impressive Qualcomm Snapdragon 865 chip.

It is good to remember that in this event we will also know the results of the partnership announced between Black Shark and the giant Tencent Games. In just over a week we will know all the news.