Xiaomi confirmed today through a publication on the Chinese social network Weibo that it will present tomorrow the new Xiaomi Smart Display Speaker Pro 8, a clear rival of Google Nest Hub and Amazon Echo Show 8. Although it has been officially confirmed, information about Their specifications are quite scarce.

Still, through the branding image and hands-on photographs of the retail box, we can confirm that it will have a seriously Google Nest Hub-inspired design. Its design looks so similar to Google’s offer that if you remove all branding, you’ll hardly distinguish the two Smart Displays at first glance. 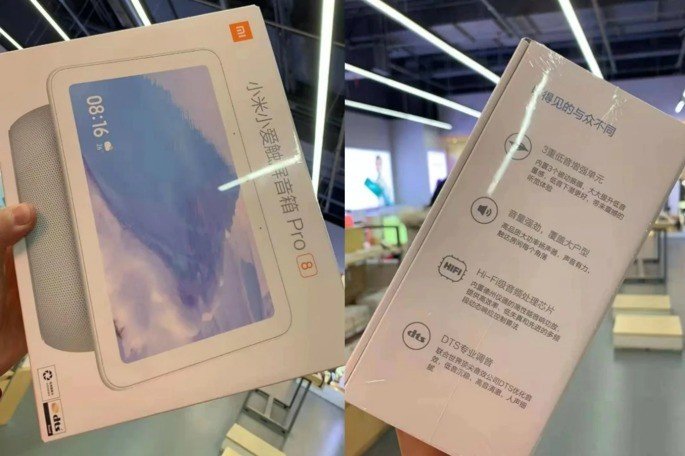 What do we know about the new Xiaomi Smart Display?

Firstly, it has been officially confirmed that it will be launched in China tomorrow and should come with a price of around €77. However, it is important to emphasize that this price should be unique to the Chinese market. If it is eventually launched in international markets, we will see a considerable increase in its price.

Like most Xiaomi smart gadgets, this smart screen also comes equipped with its XiaoAI virtual assistant, which would prove to be of little use in Europe. This will be one of the biggest obstacles to a global launch of this new gadget, unless Xiaomi produces a variant that comes with Google Assistant.

As we see in the images, Xiaomi Smart Display will come with very thick margins and have its speakers built into the cradle, just like the Google Nest Hub.

In the picture of your retail box it is also revealed that it will come equipped with a Hi-Fi chip that should ensure an above average audio experience, supported by DTS sound management technology.

Best Android One smartphones in 2020